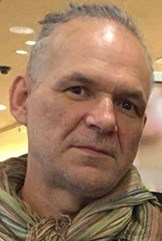 Police Scotland are appealing for information to help trace Sergei Ivanov who hasn't been seen since Monday, 3 April, 2017 in Papa Westray, Orkney.

Sergei Ivanov was aged 55 years when he was last seen near to his home address.  He was walking on a road towards the south of the island.

Coastline and land searches were carried out by both Police and Coastguard including the use of the helicopter.

Sergei was wearing a black jumper, black trousers, a long, black coat to below his knees, and black work-type boots.

Sergei is described as around 5ft 10ins tall and of medium build with long, grey hair.

We would urge anyone who may have information to contact police as a matter of urgency on 101.