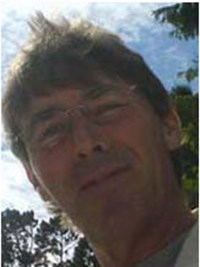 Officers in Eyemouth are appealing to the public for any information about missing man Matthew Dyet.

The then 58-year-old was last seen on CCTV at 5pm on Tuesday, 17 February, 2009, with his cross-collie dog leaving Costcutters on the High Street. He has not been traced, or made contact with any relatives or friends since.

Matthew is described as being around 5ft 9ins, with long grey hair, and was wearing a blue jacket, and a grey or beige jumper with faded jeans when he was last seen. He was well known in the 'Killies' area, and used to busk in Berwick, Galashiels and other towns.

We would urge anyone with information regarding Matthew’s whereabouts to contact local officers via 101.

They can be contacted via telephone on Freephone 116 000 or by visiting the Missing People website.