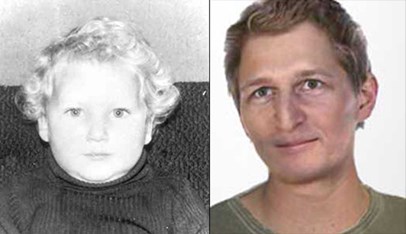 Police are continuing to appeal for any information in relation to the disappearance of Sandy Davidson who went missing on 23rd April 1976 aged just three.

Sandy was playing in the garden of his grandmothers’ house in the Boutreehill area of Irvine along with his younger sister Donna then aged two and the family dog.

It is believed that the dog escaped from the garden and Sandy went to look for it but never returned.

Police were alerted and despite an intensive search by the police and members of the community as well as a high profile media campaign there was no trace of Sandy.

Over the years Sandy’s sister Donna has worked tirelessly to try and trace Sandy and his whereabouts and led various campaigns to ensure the public are aware of Sandy’s disappearance.

Despite the passage of time Police Scotland continues to work with the family in the hope of appealing to the public to assist with the search and to identify new leads into the disappearance of Sandy.

Sandy has blue eye and blonde hair. The photo on the right has been aged progressed to give an indication to what Sandy may look like now.