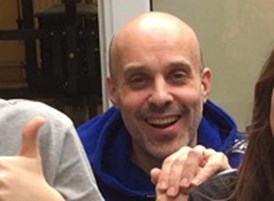 Police in Ross Shire are appealing for information to help trace 49-year-old Richard Woolley from Nottingham.

Richard is believed to have travelled from Nottingham to the Lochinver area on Saturday, 29 August, 2020 and was due to travel home on Saturday, 5 September, 2020.

Richard was staying in rented accommodation in Lochinver and it's understood he was walking in the area, however his exact routes are not known.

His car was traced at Stoer Lighthouse car park near Lochinver and coordinated searches of the area were carried out by Police Specialist resources, Mountain Rescue and Coastguard.

Richard is described as 5ft 11ins in height and of slim build, with blue eyes and grey stubble. We don't know what clothing he was wearing at the time of his disappearance.

Anyone who has any information is asked to contact Police Scotland on 101, quoting reference number 3487 of Sunday, 6 September, 2020.

Call 101 for non-emergencies and general enquiries, in an emergency call 999. If you have information about a crime you can also contact the charity Crimestoppers anonymously on 0800 555 111