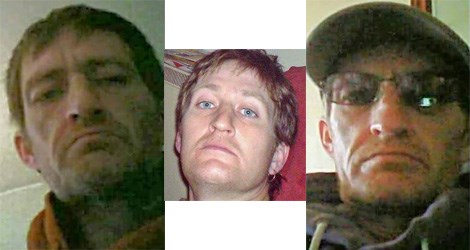 Police in Lanarkshire are appealing for the assistance of the public in their ongoing efforts to trace missing Cumbernauld man, Paul Booth.

Paul, who was from the Seafar area, was last seen around 2pm on Tuesday, 25 October, 2016, on the footbridge between McGregor Road and Hillcrest Road in Cumbernauld. Then aged 45, he is described as white, 5ft 10ins tall, of slim build, with sallow skin and light brown cropped hair. When he was last seen he was wearing a dark-coloured hooded top, jeans, white trainers and a beanie hat. Paul walks with a slight limp.

Despite extensive police searches and enquiries, officers are yet to obtain any information on Paul’s whereabouts.

A Police Scotland spokesperson said: "This is obviously very distressing for his family and friends and they are extremely concerned for him.

"Paul was known to frequent the Seafar and town centre areas of Cumbernauld and police enquiries are continuing there in our ongoing efforts to trace him. Officers have issued media appeals, distributed posters and studied CCTV images, however, there has been no trace of him.

"We would urge anyone who has knowledge of Paul’s whereabouts to contact us as a matter of urgency."

Information should be passed to officers at Cumbernauld Police Office by phoning 101, or by emailing LanarkshireMissingPersons@scotland.pnn.police.uk

They can be contacted via telephone on Freephone 116 000 or by visiting the Missing People website.