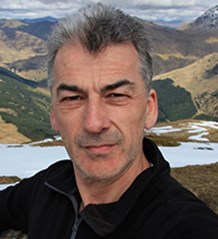 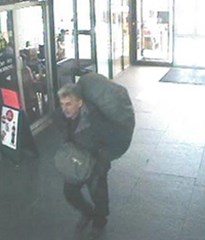 Police in Lochaber are renewing an appeal for information to trace missing hillwalker Goffredo Bondanelli, who has not been seen since Tuesday, 3 May, 2016.

Mr Bondanelli, a 56-year-old German national, was last seen in Fort William boarding a train to Lochaillort, prior to undertaking a five day (76km) walk between Lochaillort and Glenfinnan; with plans to return to Glenfinnan on the 8 May, 2016.

He would have been camping out on hills and Corbetts during this five day period including Coire na Cnamha, Lochan Feith Easian, Sgurr an Utha and possibly walking on the nearby A830 at times. As experienced hillwalker, Mr Bondanelli was well equipped and had a green tent and dark rucksack.

He is described as being around 5ft 10ins in height, of an athletic build with dark and grey hair, and possibly stubble or light beard. He was wearing dark outdoor clothing.

Police would urge anyone who was walking or taking part in outdoor activities in the Lochaber/Argyll area during that time period to make contact if they saw or had any contact with a man matching Mr Bondanelli's description. Anyone with information is asked to contact officers by calling 101.