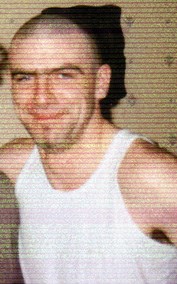 Police in Kirkcaldy are appealing for help from the public to find a local man missing since the early hours of Tuesday, 4 May, 2013.

Alexander "Sandy” Joseph Clarke, then 37, was last seen around 2am that morning leaving the Victoria Hospital, Kirkcaldy, and walking east along Hayfield Road.

He was carrying two 'Sports Direct' bags containing some clothing.

Officers conducting the investigation to trace Sandy said: "Our concern is the amount of time that he has been missing. We are very keen to speak to anyone who may have seen him, or had contact with him, and are appealing directly to his friends and associates.

"Extensive enquiries have already been carried out, but we are looking for that piece of the puzzle that will lead us to Sandy and make sure he is safe and well."

He is described as being 5ft 10ins tall, with a slim or average build, short slightly receding brown hair, and brown/green eyes. He has tattoos on both arms and a tattoo on his neck of a woman’s name.

If you have any information, please contact local officers in Kirkcaldy via 101.