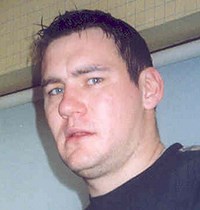 Officers are appealing for any information that could help trace the whereabouts of Arbroath man Ian Mowatt.

Ian (36) was reported missing from his home in North Grimsby, Arbroath, on Sunday, August 12, 2007, and despite investigations and appeals in the time since, he remains a missing person.

Ian is 6ft 4ins in height and of heavy build, with brown hair and blue eyes. He also has several tattoos including one of a panther on his right arm and a tribal design on his back.

When last seen, Ian was wearing a light grey hooded top, as well as a green and white-hooped Celtic football shirt, combat trousers and white trainers.