In this second part of our series looking back over policing events from the past 100 years, we’ll be casting an eye over the swinging 60s when all was not peace and love north of the border. We'll relive the lighter moments of the shoulder-padded era of the 80s, when policing in Scotland broke into the entertainment industry, before marking one of our darkest days when officers from the country's smallest force were thrust into one of the world's biggest terrorist investigations.

Famously one of the most turbulent periods of modern history, the 1960s had it all. We walked on the moon, came within a whisker of World War 3 with the Cuban Missile Crisis, we had the Civil Rights Movement, the Vietnam War, and the assassination of JFK.

While it was all peace and free love out in California and Woodstock, and London was the groovy beating heart of the swinging 60s in the UK, north of the border, things were a tad grittier. There was the as yet unsolved Bible John multiple murder investigation to deal with, which over time would become one of the most extensive manhunts in Scottish criminal history, and the first time a composite drawing was authorised by the Crown Office for publication.

Also keeping Scottish police busy were things like the rise of gang violence, which got to the stage where legendary crooner Frankie Vaughn had to step in, co-ordinating an amnesty between rival gangs in the Easterhouse area of Glasgow and raising money for amenities and youth centres. The blight also promoted the formation of an elite team of detectives known as the Untouchables, who could travel anywhere within the division to combat gangs such as the infamous Calton Tongs, who were running drugs and protection rackets in the east end.

In July of 1969, officers in Glasgow tracking murder suspect James Griffiths came under fire while trying to arrest him. In the ensuing chase across the city, a further twelve civilians were wounded, one of them fatally, before Griffiths was run down in the Springburn area and shot dead by Chief Superintendent Malcolm Finlayson, who along with several other officers and members of the public, received the Glasgow Corporation Medal for Bravery. In December the same year, a gang of three bank robbers, two of whom were ex-police officers themselves, raided the Linwood branch of the Clydesdale Bank, making off with some £14,000. When the gang were later spotted unloading the take into a flat in Glasgow’s Allison Street by Inspector Andrew Hyslop, he called for assistance and began searching the property with colleagues. Howard Wilson, the gang leader, drew a handgun and opened fire on the officers before being tackled and disarmed by Constable John Campbell. Wilson was given life imprisonment and his accomplices twelve years each for their part in the robbery, while Constable Campbell and Inspector Hyslop were awarded the George Medal for their actions. Acting Detective Constable Angus MacKenzie and Constable Edward Barnett, who were tragically killed in the incident, were posthumously awarded the Queen’s Police Medal.

To help combat all this crime, the 60s saw the formation of a Regional Crime Squad, which brought together detectives from Glasgow, Lanarkshire, Dunbartonshire and Renfrewshire. Personal radios were also trialled in the Pollock area in 1965, and were soon after distributed to all officers across the city, and then in 1967, the famous Panda cars were first brought into use.

The 70s were the decade which saw the birth of disco and punk rock, and the death of Elvis and the breakup of the Beatles. It saw the first personal computers available from Bill Gates and Paul Allen’s new company Microsoft, and Margaret Thatcher becoming the first woman Prime Minister of the UK.

Scottish policing was also moving with the times. In 1974, April Dempsey and Eleanor Dempster became the first female Mounted Unit officers in Scotland, and two years later, serving women were recognised by the same ranks as their male counterparts; constable, sergeant and so on, rather than WPC or W Sergeant. 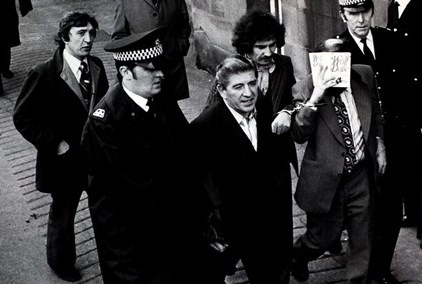 But as policing evolves, so does crime. The Glasgow street gangs of the 60s had by now grown up and graduated from petty theft and violence to enter the realms of serious organised crime. Overseen by bosses such as Walter Norval, who’d been involved in gangs since the 40s and had already done time in prison, this new breed of gang were behind armed raids on hospital payrolls, banks and wages depots. But by 1977, despite the trial being marred by witness intimidation, attacks on jurors and an attempt by Norval's underlings to burn the courthouse down and destroy evidence files, the crime boss was back in jail with a fourteen year sentence. Norval’s conviction was down to the work of the Strathclyde Police Serious Crime Squad, which included a Detective Superintendent named Joe Jackson, a man who would later be dubbed “the real life Taggart”.

No stranger to danger, Jackson had formerly worked as a beat cop in Easterhouse in the 60s when the area was awash with gang violence. He’d also been involved in the hunt for Bible John, and had been threatened by infamous crime boss Arthur Thompson. In 1976, a year before Norval’s conviction, Jackson was embroiled in one of Scotland’s most shocking crimes when Robert Mone and Thomas McCulloch broke out of the secure mental facility Carstairs Hospital, murdering another inmate, a hospital nurse and Police Constable George Taylor in the process. Jackson was one of four armed officers present when Mone and McCulloch were recaptured. With help from officers of the Cumbria Constabulary, he and his colleagues captured and arrested Mone and McCulloch after running their car off the road near Carlisle.

Pac Man, the fall of the Berlin Wall, the Rubik’s Cube, MTV, Air Jordans, big hair and bigger shoulder pads. The 80s were a time of cultural icons, and it was also a time when policing in Scotland became a popular source of inspiration for the arts and entertainment. 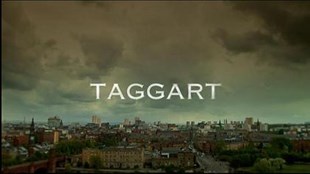 The first episode of the iconic TV series Taggart aired in 1983, and the adventures of the grumpy title character and his long suffering sidekick DCI Jardine kept going for 110 episodes until 2010, making it the UK’s longest running police drama, second only to The Bill. In literature also, the fictional doings of Scottish coppers was proving popular among the public. William McIlvanney, known as the father of the Tartan Noir crime writing genre, had published his detective novel Laidlaw in 1977. He followed this up with the second Laidlaw novel, The Papers of Tony Veitch in 1983 which established the character as a literary icon. Jack Laidlaw would go on to be the inspiration for another of Scotland’s most well know fictional policemen, Inspector John Rebus, who first appeared in Ian Rankin’s seminal 1987 novel Knots & Crosses. To date, Inspector Rebus has appeared in over twenty of Rankin’s books, and has been played by acting luminaries John Hannah and Ken Stott over four TV series that ran from 2000 to 2007.

Outside of fiction however, the real life work of Scottish police officers was as busy as ever, as another part of the 80s was the threat of terrorism in the UK. In December 1988, Pan Am Flight 103 came down over the village of Lockerbie, killing 270 people. The resultant three year investigation would entail 15,000 witness statements and was jointly handled by the FBI in the USA and here by the Dumfries and Galloway Constabulary. It was described by Scotland’s Lord Advocate as “the UK’s largest criminal enquiry led by the smallest police force in Britain.”

Another high profile terror incident that decade was the IRA bombing of the Grand Hotel in Brighton in 1984, which came within inches of killing then Prime Minister Margaret Thatcher. While the capture of those behind the attack was spearheaded by undercover surveillance teams of the London Met Police, the actual arrest took place in a tenement in Glasgow, and was enabled by officers of Strathclyde Police.

In June 1985, the Met Police surveillance team were shadowing terror suspect Peter Sherry, and followed him to a train station in Carlisle where he met known IRA operative Patrick Magee. The pair boarded a train bound for Glasgow, and when they disembarked, were followed by the surveillance team to a tenement building in Queen’s Park. Strathclyde Police were alerted and several armed officers were deployed, surrounding the entire area. As they had no idea which of the eight flats in the tenement Magee and Sherry had gone into, an officer was stationed outside every one. On a pre arranged signal, all eight officers simultaneously rapped their assigned doors and called out “Pizza delivery!” Magee himself opened one of the doors, and was promptly apprehended along with Sherry and three others in the flat.

The arrest led to the discovery of plans for sixteen future bombings planned to take place in various locations in England that summer, including one where a device had been planted in a hotel near Buckingham Palace and set to detonate on the 29th July. The explosive was found and defused, and a letter recovered from one of the suspects led police to the cell’s London based member, who confessed and disclosed the location of more explosives, detonators and long delay timers in another flat in Glasgow. Patrick Magee was convicted for the Brighton bombing, and at the Old Bailey in June 1986, he and the other members of the cell were found guilty of conspiring to cause explosions and imprisoned.

Next time, we'll be reviewing the 90s through to the last ten years, looking at our campaign to rid Scotland of its reputation as the knife capital of Europe, some of the most horrendous murder cases we've ever undertaken, and the formation of the modern Police Scotland we know today.