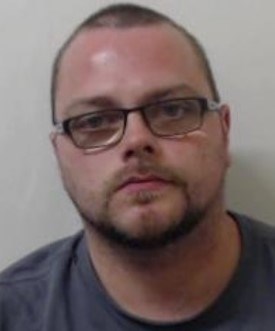 A 35-year-old man from South Lanarkshire has today been jailed for three years and eight months after officers from Police Scotland and the National Crime Agency seized almost £400,000 cash and a quantity of Cocaine from his home.

John Robertson was arrested on Thursday 28 May 2020 after officers from the Organised Crime Partnership (Scotland), a joint team comprising of officers and staff from Police Scotland and the National Crime Agency, searched his house in Blantyre.

They were acting on intelligence obtained during Operation Venetic - the most significant ever UK operation into serious and organised crime involving Police Scotland, the National Crime Agency and police forces across the UK - which culminated in the takedown of a sophisticated encrypted communications service used by criminals.

A quantity of white powder and other equipment including scales and a cash-counting machine were seized - a holdall containing just under £390,000 was also recovered. The white powder was analysed and confirmed as low purity Cocaine, with an estimated street value of around four thousand pounds.

Robertson was arrested and he pled guilty at the High Court at Glasgow on Thursday, 22 July to a drug trafficking offence with a serious and organised crime aggravation.

Detective Inspector Tom Gillan of the Organised Crime Partnership (Scotland) said: “I hope that Robertson’s sentencing sends out a strong message to those involved in the supply of drugs that we are committed to tracking you down and taking action. You cannot profit from other people’s misery and expect to get away with it.

“Together with our partners, we’re dedicated to continuing our fight against those involved in serious and organised crime to make our communities safer.”

NCA operations manager Robert Miles said: “It is quite clear from the evidence we recovered from his home that Robertson was involved in the transportation of drugs and cash on behalf of organised crime.

“Tackling this form of criminality is a priority for us. Working with Police Scotland through the Organised Crime Partnership we are determined to disrupt and dismantle the criminal networks involved in bringing class A drugs to Scotland.”