Fife man convicted of terrorism and other offences

The conviction of a Fife man for terrorism and other offences has been welcomed by Police Scotland. 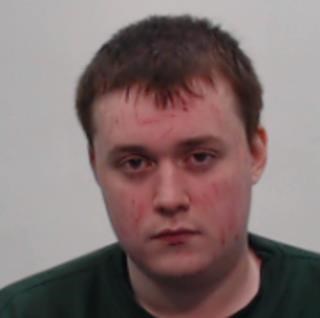 Sam Imrie (24) threatened to set fire to an Islamic centre in Glenrothes in 2019 and was found guilty at the High Court in Edinburgh today, Wednesday, 27 October 2021.

“Sam Imrie was a socially-isolated-individual who displayed hateful intentions and the potential consequences of his actions do not bear thinking about. Police Scotland welcomes the outcome of the trial, which brings to a close what was an extremely complex investigation.

“I am grateful for the hard work and diligence of the officers who carried out the fast moving inquiry as well as the support of our colleagues in the Metropolitan Police and the Crown Office and Procurator Fiscal Service.

“It should be stressed that cases such as Imrie’s are rare in Scotland and our officers remain absolutely committed to working with our partners to protect our communities.

“I want to take this opportunity to appeal directly to the public that if you become aware of anyone, including a family member or friend, displaying extremist views, or are concerned that they could be radicalised or involved in extremist or terrorist activity, not to hesitate to contact the police.

“Advice is available at the ACT Early Counter Terrorism Policing website and anyone with concerns should contact Police Scotland or the confidential anti-terrorist hotline 0800 789 321.”