Appeal after cars stolen in Linlithgow

​Police in West Lothian are appealing for information after two vehicles were stolen from outside a property in Linlithgow.

The cars were stolen after a break-in at the house at Avalon Gardens in the town around 3.20am on Sunday, 3 October.

One of the cars – a BMW M4 – has since been recovered near Dysart in Fife but a white Mini One, registration SL15 0YA remains outstanding. 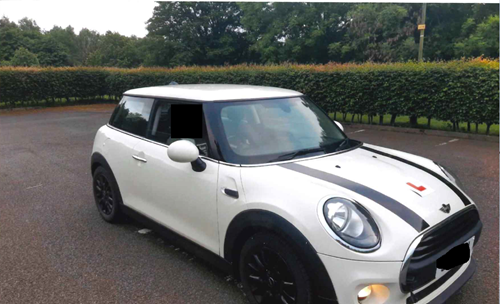 Detective Constable Jamie Duthie of Lothian & Borders CID said: “Our enquiries into this incident are ongoing and I would urge anyone who can help to get in touch.

“We would be keen to speak to anyone who believes they have seen either vehicle being driven at any time since they were reported stolen.

“We would also be keen to speak to anyone who may have dashcam or private CCTV footage which could help our enquiries.