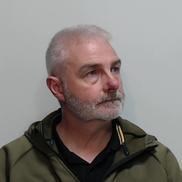 Mr Couch has been convicted of embezzling £170,000 of funds from Marjorie Stewart, from Edinburgh, both prior to and after her death in September 2013 when he was acting as her Independent Financial Advisor, was her Power of Attorney and the Executor of her Will which afforded him trusted access to funds.

He is due to be sentenced at a later date.

An investigation was launched in 2016 after Mrs Stewart’s family raised concerns about Mr Couch’s conduct including the misappropriation of funds.

Mr Couch had by this time moved to Hong Kong and officers began efforts to secure his return to the UK to face charges. He was finally arrested in 2019 after returning to the UK.

Detective Sergeant Craig Potter said: “This was a complex case covering a large number of years where the power and control afforded to one person was able to be abused.

“Marjorie Stewart’s family were key to uncovering the misappropriation and have shown exemplary conduct throughout the long wait for the case to come to court. Hopefully all the witnesses are afforded some closure by today’s verdict.”

Should you have criminal concerns with regard to Power of Attorney or financial issues, police should be contacted.

If you have concerns about anyone carrying out any of the roles for someone else then advice can always be sought from the relevant regulatory body: