Police Scotland has welcomed the sentencing of Nikolaos Karvounakis after he left an improvised explosive device (IED) in Princes Street Gardens, Edinburgh in January 2018.

Th 35-year-old was sentenced to eight years and four months at the High Court in Edinburgh today (Wednesday, 16 February, 2022).

“The sentencing of Nikolaos Karvounakis is the culmination of a four year investigation. Police Scotland Counter Terrorism investigators worked with colleagues in agencies both in the UK and Europe and  the subsequent conviction and sentencing is testament to the dedication of law enforcement and partners that they were able to piece together the actions of this individual. The ideological beliefs held by Karvounakis were unusual and based on eco-extremism aligned to an international terror group originating from Mexico known as ITS which had been seen in other European counties, but not previously in Scotland.

“His sentencing today highlights the continuous collaborative work being undertaken by Police Scotland,  prosecutors and other key partners to keep our communities safe from the threat of terrorism which won’t be tolerated in civilised society. His reckless actions showed utter disregard for the safety of anyone within Princes Street Gardens on the day in question and there is no doubt his presence and engagement online after the event could have easily encouraged others to carry out similar acts, with potentially catastrophic consequences. Not just in Scotland.

“We will continue our partnership work to identify and protect anyone who feels vulnerable to being influenced into carrying out these types of offences.

“If you feel the need for such assistance or have concerns about a relative or friend who may be at risk of being radicalised or displaying extremist views you should contact Police Scotland or the confidential anti-terrorist hotline 0800 789 321. There is helpful and confidential advice available at the ACT Early Counter Terrorism Policing website.” 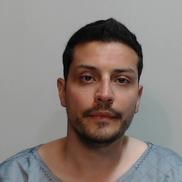