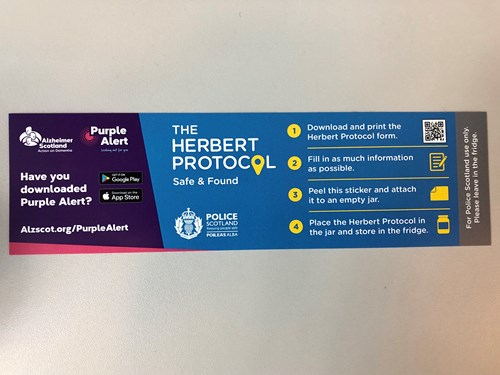 Police Scotland is encouraging the friends and family of people living with dementia to sign up to the Herbert Protocol on International Alzheimer’s Day.

The organisation is today (Tuesday, 21 September, 2021) adopting a single national process to help officers quickly obtain information about a vulnerable missing person who has dementia, saving vital time in the early stages of an investigation.

The national implementation of the Herbert Protocol has been developed in partnership with Police Scotland, Health and Social Care Scotland, Alzheimer Scotland and the Scottish Government.

Carers or family members can download the Herbert Protocol form from the Police Scotland website, or request a copy from local Health & Social Care Partnership staff, or other agencies, including Alzheimer Scotland.

The form is completed in advance and generally kept in the person’s home or with relatives. It holds personal details, a description, a recent photograph, languages spoken, as well as previous addresses, places of employment and other significant locations in someone’s life. This can include their old school, a church, or a favourite walking route, plus their medical history and information about past incidents of going missing.

While the Herbert Protocol is in use in a number of Scottish policing divisions, a single form is now available nationwide to optimise the police response to locate the person and return them home, safe and well, as quickly as possible.

The Herbert Protocol form can be used together with Alzheimer Scotland Purple Alert, a free app designed to help finding missing people with dementia. If someone is missing, users will get notified via the app and can help with local searches.

Assistant Chief Constable Gary Ritchie (Partnerships, Prevention and Community Wellbeing) said: “When a person goes missing, the first hour is vitally important. Previously, we would have spent a significant amount of time gathering information from family, friends or carers, but being able to give officers a completed Herbert Protocol form saves valuable minutes and hours.

“We hope that families who choose to complete a form will never have to use them. But if they do, having that completed form to hand gives relatives or carers peace of mind that they’re providing the police with detailed, relevant information to enable us to send officers to places where your loved one may be.

“We are completely committed to protecting vulnerable people from harm and having the Herbert Protocol in place Scotland-wide is a significant step towards keeping people safe.

Morag Francis is a carer for her mum, who has a dementia diagnosis. Her family has already completed a Herbert Protocol form, as Morag explains: “We did it as a little project with Mum, because it was about her life, so it turned into a bit of a reminiscence session, so we could pinpoint areas that were still important to her. We could guess most of them because she did talk a lot about the past, but we wanted to make sure we'd thought of all the areas she might turn up at because that's where she remembered.

"To me it's my insurance document, because I appreciate if we couldn't find her the levels of stress would be incredible and we wouldn't really be able to think straight.

“Everyone in the family who’s on the form as a contact has the Herbert Protocol saved in their emails, so if something did happen we would have very quick and easy access to it on our phones and we could email it to whoever needed it. Having that ready to go is very reassuring to me as her daughter. It's really important to have it there, just in case.”

Alzheimer Scotland Deputy Director Joyce Gray said: “Alzheimer Scotland is fully committed to our partnership with Police Scotland, and delighted to endorse any opportunities to support families to use the Herbert Protocol.  The Herbert Protocol and Purple Alert will help us to make people living with dementia safer in Scotland.  We are proud of the partnership and in these world leading initiatives which help support our communities.”

Kevin Stewart, Minister for Mental Wellbeing and Social Care, said: “Having a loved one with dementia go missing is a very stressful time for families, friends and carers and the priority is to find the person safe and well and as quickly as possible.

“The Herbert Protocol is a straight-forward way for families and carers to provide all the necessary information easily and efficiently in one form which will save vital time in missing person enquiries.

“I welcome the national roll-out of this partnership which is being taken forward by Police Scotland, Health and Social Care Scotland, Alzheimer Scotland, Scottish Care and the Scottish Government.”

Judith Proctor, chair of the Chief Officers’ Group, Health and Social Care Scotland, said: “We are delighted to be a key partner supporting the national roll out of the Herbert Protocol. Care professionals across health and social care partnerships in Scotland will be encouraging and supporting family and friends of people at risk of going missing to complete and hold onto this simple form. It’s another proactive way we can all work together in our communities, helping to keep people safe.” 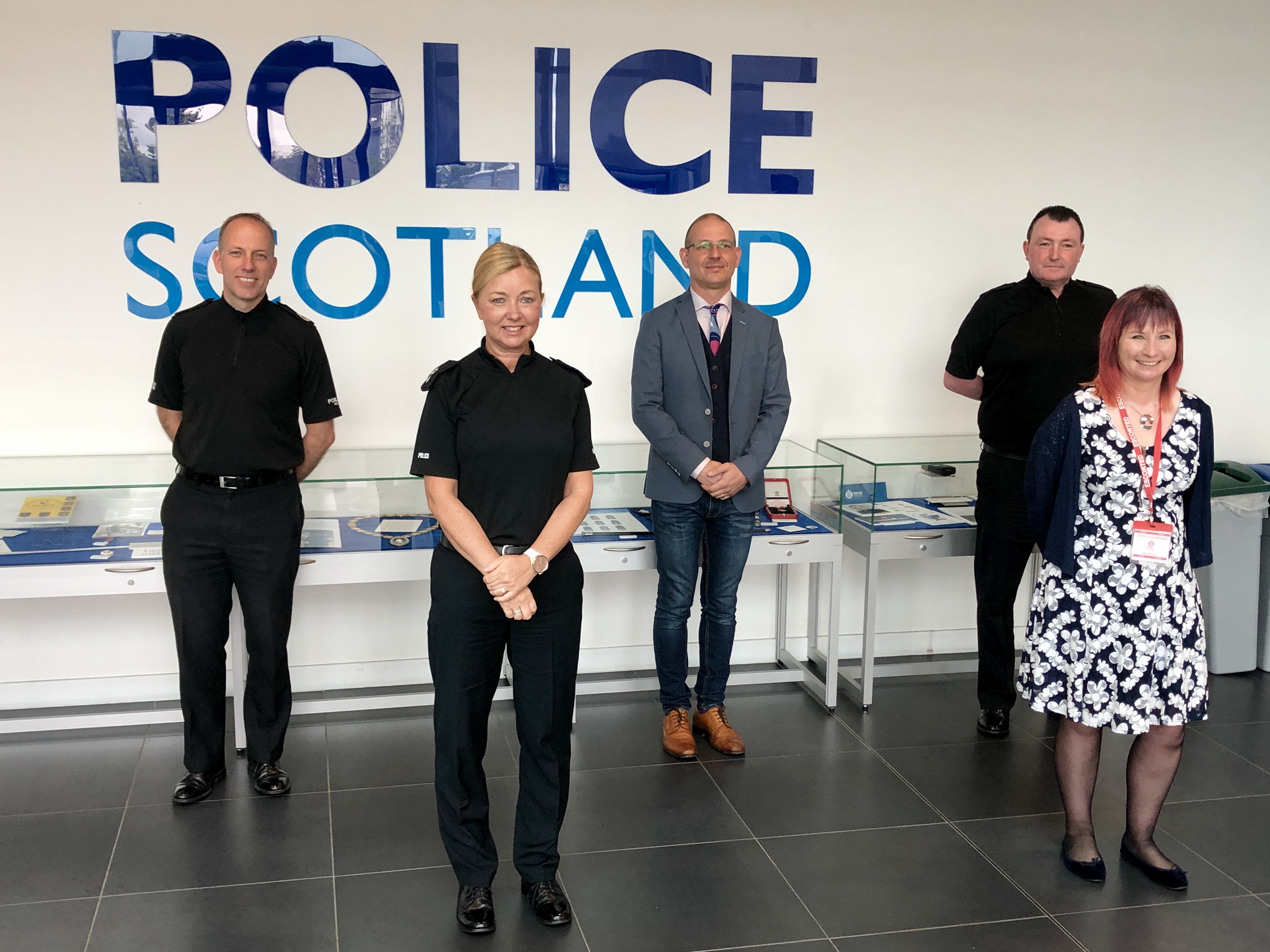