A man responsible for the non-recent physical and sexual abuse of pupils at schools in Stirling and East Lothian has been convicted at the High Court in Edinburgh.

Michael Murphy (pictured below), 88, was found guilty on Thursday, 30 September, in connection with numerous incidents of physical and sexual abuse at St Ninian’s List D School in Gartmore and St Joseph’s in Tranent during the 1960s and 1970s. 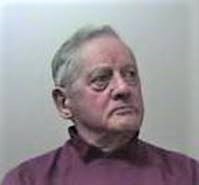 Each of these incidents involved the use of physical violence, bullying and harassment and sexual assault and took place while he was employed at the schools.

He will be sentenced at a later date.

Detective Inspector Craig Faulds, from Police Scotland’s Forth Valley Public Protection Unit, said: “For decades Michael Murphy carried out a litany of abuse against young and vulnerable pupils at both schools until he was first brought to justice for his crimes at St Ninian’s in 2003.

“His conviction and subsequent prison sentences prompted more victims to come forward and report similar incidents of assault, which the Public Protection Unit progressed, leading to further charges being brought against Murphy during his time at St Ninian’s and St Joseph’s.

“This new conviction should reassure our communities that we are committed to investigating all reports of physical, emotional and sexual abuse whenever they may have occurred and will utilise all resources at our disposal to bring those responsible to justice.

“I would urge anyone who has been the victim of an offence of this nature, but who has yet to speak to police, to contact us immediately, where their report will be handled with the utmost sensitivity and professionalism and investigated robustly.”