Cars stolen after break-in in Crossgates

Detectives in Fife are appealing for information after two cars were stolen after a break-in at a house in Crossgates.

A Mini Cooper and Audi S3, both black in colour, were stolen after entry was forced to a property on Baxter Road in the town between 3am and 5am on Wednesday, 15 September.

The Audi has since been recovered but the Mini, which has the registration N14 NBF, remains outstanding. 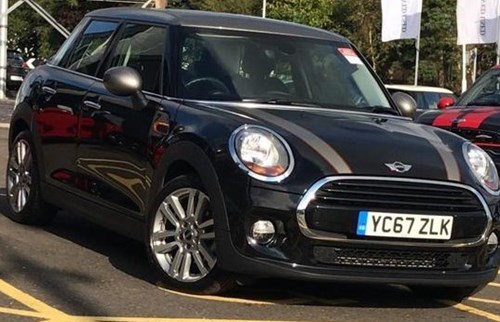 The car is pictured above, though it most recently carried the private registration given in this appeal.

Detective Sergeant Conrad Musgrave, of Fife Division CID, said: “Our enquiries into the incident are ongoing and we would urge anyone who believes they may have seen any suspicious activity around the area to get in touch.

“If you believe you may have seen either of these cars, and in particular the Mini which remains outstanding or if you may have private CCTV or dashcam footage which could help our enquiries then please come forward.