Men sentenced for armed robberies at jewellers in Dundee and Edinburgh

Three men have been sentenced today (Tuesday 30 November) following an armed robbery at a jewellery shop in Dundee, in September 2019, and one in Edinburgh in August 2019.

Dean King (pictured below), 28, Anthony Wheeldon, 40, and Connor Willis, 24, had pled guilty in October 2021 of the raid at the Walker shop in Union Street in Dundee. Willis had also admitted his part in a raid on a jewellers in Great Junction Street in Edinburgh.

Detective Inspector Gavin McKinlay, the senior investigating officer for the robbery in Dundee, said: “These men went to the shop in Dundee armed with weapons, threatened a customer and staff and made off with jewellery worth a five figure sum.

“They had only one thing on their mind, to get the jewellery and nothing was going to get in their way. Despite the high levels of intimidation displayed and the clearly terrifying experience for those within the shop they were thwarted by the bravery of a customer who challenged them and this distraction allowed staff to activate the alarm. This meant they made off with a much smaller haul than they might otherwise have taken.

“An extensive and complex police investigation tracked these men down to locations across Scotland and the north of England, but I would like to pay testimony to the bravery of the customer, who was injured and has fortunately recovered, and the shop staff who were left badly shaken by what happened.

“These men are now facing the consequences of their actions. There is no place for this kind of violence in our society and we will always do all we can to bring people responsible for such crimes to justice.”

Detective Inspector Bob Campbell, the senior investigating officer for the robbery in Edinburgh, said: “We welcome this sentencing. Willis was a member of a gang that entered the jewellers in Great Junction Street armed with a sledgehammer and axes and stole a large quantity of jewellery. A member of staff was injured during the raid but still confronted the robbers. Willis is a violent man and is now facing the consequences of his actions in prison.” 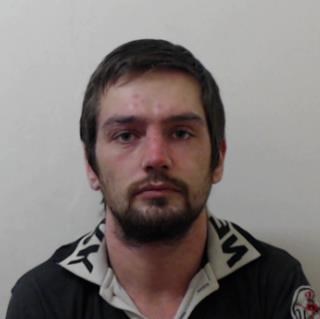