Pair sentenced after being convicted of killing man in Dunfermline attack

Two people have today, Wednesday, 5 May, 2021, been sentenced for causing the death of a man who died in his Dunfermline home in October 2019.

Chris Cowie, 38, was found dead in his house in Golfdrum Street in the early hours of Tuesday, 15 October, 2019. 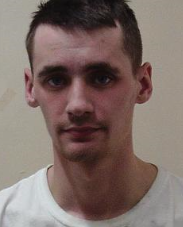 At the High Court in Edinburgh, Jason Mooney, 28 (pictured above) and Lynn Kelly, 35, were sentenced to 10 years and four and a half years in prison respectively, having been found guilty by a jury of his culpable homicide in March 2021.

Mr Cowie had been socialising with friends, including Mooney and Kelly, within his address on the Monday evening. He subsequently suffered a sustained attack and was left seriously injured within his living room by Mooney and Kelly, who failed to get medical help for him and left the address.

Mooney and Kelly were arrested and charged in connection with his death the following day (16 October 2019).

“My thoughts continue to be with Mr Cowie’s family and friends who have shown considerable strength over the past 19 months.

“Mooney and Kelly have always failed to admit that their actions, and the level of violence used, cost Mr Cowie his life. He spent his final moments pleading for help, but the pair decided to leave him alone to suffer.

“This was a particularly difficult crime to investigate. I would like to thank the witnesses and those who assisted police enquiries and understand that the effects of such violent events are felt by whole communities. Violent crime has no place in society and we continue to work hard to bring offenders to account for their crimes.”