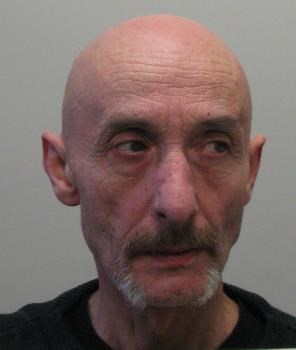 A 67-year-old man from Orkney has been jailed for 10 years for serious sexual abuse offences at the High Court in Edinburgh today (Thursday, 20 May, 2021).

Following a police investigation, Edwin Cuschieri was found guilty of six charges, including rapes, sexual assaults and indecent assaults. His offending took place against women and children in the Orkney area between 1988 and 2016.

He was sentenced to 10 years imprisonment and placed on the sex offenders register for life.

Detective Chief Inspector Donald Macdonald, of the Public Protection Unit, said: "Cuschieri is a serial abuser whose offending behaviour spans 28 years and will no doubt have left his victims deeply affected for the rest of their lives. Cuschieri must now face the consequences for his horrific behaviour.

"I would like to thank the victims for having the strength to come forward and report the abuse they endured, and for the courage they have shown throughout the investigation. The bravery to tell their story has resulted in Cuschieri being convicted.

"I hope today's outcome gives them some sort of closure and sends a clear message that sexual abuse will not be tolerated and offenders will be prosecuted to the fullest extent.

"Police Scotland is committed to tackling sexual abuse and no one should ever feel they are alone or in a position of fear. We have specially trained officers who are there to target abusers and support victims.

"I would encourage anyone to report sexual abuse in any form, as all reports will be thoroughly investigated. We will continue to work with partner agencies to ensure victims of abuse are supported and to ensure their safety and wellbeing."