Detectives investigating an assault in Glasgow City Centre have released CCTV images of a man they would like to speak to as part of their ongoing enquiries. 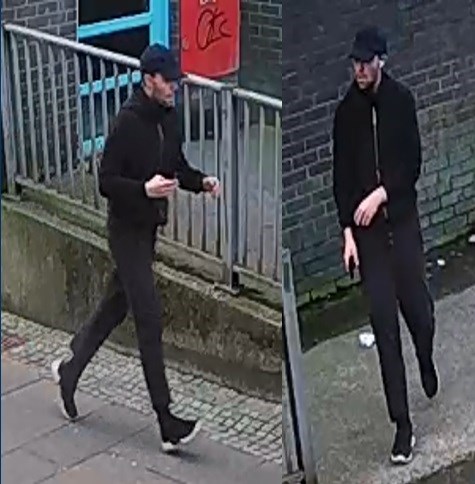 The assault occurred between 5.40pm and 5.50pm on Tuesday, 16 March 2021, on a footpath between Killermont Street and Cowcaddens Road, Glasgow City Centre.

The man in the image is described as a white, slim build, approximately 6ft tall and between 20-25 years of age. He was wearing a dark blue hat, black hooded top, navy blue tracksuit bottoms and black and white trainers.

Officers are appealing to the man, to anyone who recognises him, or who may have information about the assault, to contact them at Helen Street Police Station via 101. Please quote reference number 2811 of 16 March, 2021 when calling. Alternatively, Crimestoppers can be contacted anonymously on 0800 555 111.