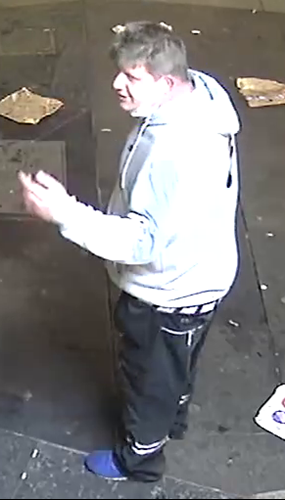 Police in Glasgow have released CCTV images of a man they believe can help with enquiries into a serious assault in the city’s George Square which occurred at around 11pm on Saturday, 15 May, 2021.

The man in the images is described as white, with short fair hair and a heavy build. He was wearing a light grey hoodie, black combat trousers and blue trainers. He was also carrying a white plastic bag.

Detective Constable Leigh-Ann Sutherland, of Helen Street Police Station, said: “There was a large crowd gathered in George Square at the time of this assault and I am appealing to anyone who saw what happened to get in touch.

“The man in the image, or anyone who can help with enquiries is asked to call Police Scotland on 101, quoting incident number 1055 of Saturday, 15 May, 2021. You can also contact the independent charity Crimestoppers anonymously on 0800 555 111.”