Police Scotland officers along with the family of a man who died after being struck by a vehicle on the B792 between Bathgate and Torphichen are re-appealing for information on the six month anniversary of the incident. 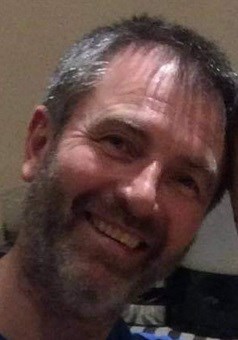 George Robertson, 53, was on his way home when he was struck by a vehicle on the B792 between Bathgate and Torphichen on Sunday, 20 September, 2020.

The incident happened at some point between 10.50pm and 10.55pm and the driver of the vehicle failed to stop.

Mr Robertson was taken by ambulance to the Royal Infirmary of Edinburgh, where he died a short time later.

Despite extensive enquiries the car and driver have yet to be traced and officers are looking for a dark coloured Nissan Qashqai registered around early 2017. The vehicle will have no roof bars or sunroof fitted and would have sustained damage to specific areas underneath. It is also believed to be fitted with 17 inch standard silver alloy wheels.

Senior investigating officer Inspector Peter Houston said : "Six months on, we continue to appeal to anyone who has any information regarding the driver or vehicle involved in this incident.

“The vehicle would have been due an MOT recently and its owner or driver may have attempted to get specific underbody areas of the car repaired. We are keen to speak to any mechanics who have worked on any such vehicles. We will be able to rule out any cars not involved very quickly.

“I’d also like to speak to anyone who works in a garage or vehicle parts business who may have seen this car or has been approached by persons wishing to buy Nissan Qashqai underbody parts.

“It is not too late to come forward to police with any information to assist the enquiry. We have a grieving family still looking for an explanation and answers before they can begin to move on with their lives without George."

George's wife Tracey said: "Our 15-year-old son and 10-year-old daughter now have to live the rest of their lives without their dad, who was also their hero. It has been incredibly hard for them to come to terms with no longer being able to share their daily lives with their dad, laugh with him, or experience any milestones with him. Having no answers or justice for their dad just makes this even harder. "

George’s brother David added: “Six months ago my youngest brother George tragically lost his life in a road accident to an individual who I can only assume is a cold, heartless person.

"The person responsible for the accident on the night of Sunday, 20 September 2020 was driving a dark blue Nissan Qashqai, 2017 reg.

"I would ask family’s to think back to 19 September 2020, had they had a visit from England, Wales or Ireland from a family member or a friend, a business who had work done over that period with their company from a company outside Scotland, a traveling rep or a traveling worker/technician who would travel home late on Sunday night 20 September, 2020 last year in a dark blue Nissan Qashqai, 2017 reg.

"Whoever they are, they have absolutely no thought, feeling’s or an ounce of remorse for the total carnage they have left in my family’s lives.

"They have left my mother without her youngest son, whose grief has now gone to another stage of immense sadness in her life that will never die until the day she can be at rest with George and my Dad.

"They left his two beautiful children without a dad, who throughout their lives will never have that father figure to look up to, to advise, to guide and help them in whatever life they chose to pursue.

"They have left his older brothers without a wee brother, a brother who lit up the room with his smile, never had a bad word to say about whatever life flung at him, who was always there when you needed him, form a shoulder to cry on, a helping hand whenever or wherever you needed his help and loved a good beer and crack whilst we put the world to wright.

"They have left aunties, uncles, nieces, nephews, cousins, friends and workmates with massive holes in their lives that will never be filled by his smiling personality and honest warmth for life.

"George had everything to live for but never got a chance to fulfil his plans that he was so excited about, George was robbed of his life and has left a massive black hole in ours.

"I had no feelings about that person responsible for the accident that killed George that horrible night, that is until now.

"Hate is a strong word, but a word that now seems to sum up my feelings for taking George from me, my family and his own loving family’s lives, I hate the thought that this individual can live a life without responsibility for their actions or lack of actions that cold Sunday night.

"You are still living your life, nothing can bring George back to us but please think about what your lack of actions that Sunday night caused.

"Whoever you are come forward, take the punishment you deserve, you will still live your life with whatever punishment you get, unlike Georges family and children who will be living with your actions everyday of our life’s for the rest of our life’s.

"So please come forward, admit what you did and maybe we will have some small closure for family and George.”

Anyone with information can contact Police Scotland through 101, quoting incident number 4127 of Sunday 20 September 2020. Alternatively, you can call Crimestoppers on 0800 555 111 where details can be provided anonymously.