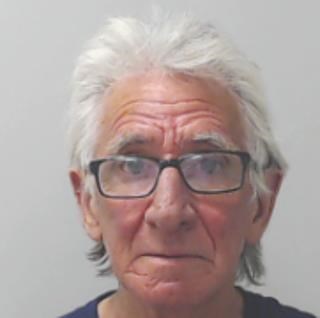 Michael Taylor (71) of Aberdeen, appeared at the High Court at Edinburgh today, Friday 26 March, 2021, where he was sentenced to eight years in prison after being found guilty of a number of sexual assaults on children and sexual offences that took place in the Aberdeen area.

The serious sexual assaults, sexual assaults and indecent offences towards five children aged between six and 12 years of age.  They took place in Aberdeen between March and October 2020.

A full investigation was launched by a range of specialist detectives as soon as this was reported to police by the family of one of the victims in September 2020.  Taylor was later arrested in connection with various sexual crimes ranging from possession of indecent images to rape, performing sexual acts and serious sexual assault.  He pled guilty on Thursday, 25 February, 2021

Detective Inspector Karen Main of North East Division’s Public Protection Unit said:  “Michael Taylor is a sexual predator who preyed on vulnerable young children, manipulated and abused them.  He exploited these defenceless young children for his own sexual gratification.

“Despite the appalling ordeal he subjected these children to, they have had the immense courage to speak out about what happened to them and their information has been vital to investigating this case.  I would like to thank them for their bravery and courage.  Their information was crucial to ensure that Taylor is prevented from preying on other young children.

“My thoughts remain with the victims and their families.  I sincerely hope that today’s sentencing can bring them some solace in that the person responsible for these despicable actions has been held to account and now they can move forward with their lives.

“We are resolutely committed to supporting victims of sexual crimes and bringing those responsible to justice.  We would urge anyone who wishes to report any sexual crime or child protection concern to come forward.  They can be assured of being fully supported by officers and our partner agencies.

“I would like to thank the team of officers who worked on this investigation for their dedication and commitment to this sensitive enquiry.”