Police in Edinburgh have released a CCTV image of two men they wish to speak to as it is believed they may have information which could assist police with their ongoing enquiries into an assault that occurred around 1.30pm on Monday 2 September, 2020 on Montgomery Street. 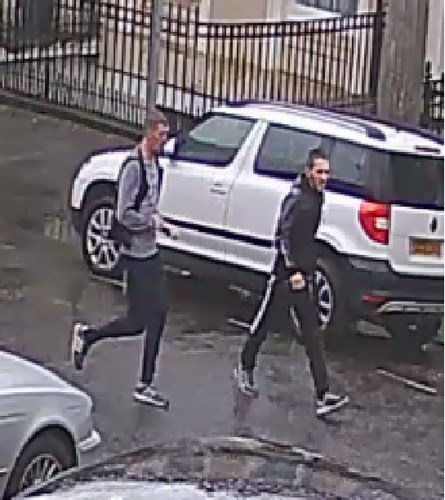 One of the men is described as being white and in his late 20s to early 30s. He has short dark hair, stubble and was wearing black casual clothing.

The second man is white, in his mid-20s, 6ft to 6ft 4in tall and of slim build with fair hair. He was wearing a grey jumper, dark bottoms and black body warmer jacket.

Detective Constable Philip Wright of Gayfield CID said " As part of the investigation, we are eager to identify the two men in the CCTV footage and would urge them, or anyone who recognises them, to get in touch with us immediately.”

Those with information can contact Police Scotland on 101, quoting incident number 1528 of the 2nd September 2020, or contact Crimestoppers anonymously on 0800 555 111.