Aiden Bartlett sentenced after being convicted of serious domestic offending

Police Scotland has acknowledged the sentencing of Aiden Bartlett, who has been convicted of serious domestic offending over a period of more than six years. 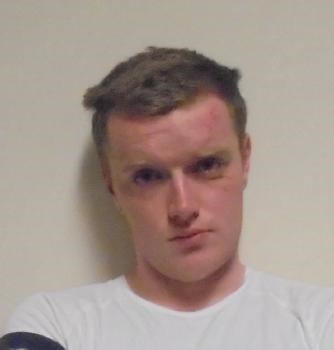 The 24-year-old was sentenced to four years in prison at the High Court in Edinburgh, today (Tuesday, 30 March 2021).

Along with the prison sentence, Aiden was sentenced to an Order for Lifelong Restriction (OLR)

Under an Order of Lifelong Restriction (OLR), an offender must serve the minimum punishment period laid down by the High Court before they can be considered for release.

OLRs then provide for the lifelong supervision of high risk violent and sexual offenders and allows for a greater degree of intensive supervision to manage the risk that those individuals pose should they be released from custody.

Bartlett, was found guilty in November 2019 of a number of serious domestic offences, including six assaults, following a trial in Edinburgh. His crimes were committed against multiple women between 2012 and 2019 at various locations throughout Scotland.

In February 2018, an investigation was launched by officers from the Domestic Abuse Task Force. Following their enquiries, the full scale of Bartlett’s violent and controlling behaviour became clear.

“Aiden Bartlett’s offending is marked by a sustained campaign of physical abuse and coercive and controlling behaviour. He has shown himself to be an extremely violent and dangerous man who perpetrated a torrent of domestic abuse throughout his young adult life. With this sentence Aiden Bartlett will face the consequence of his actions.

His conviction is welcomed and sends out a clear message that domestic abuse crimes will not be tolerated in a modern Scotland and will be robustly investigated by Police Scotland.

I would like to thank the victims in this case for the courage, strength and dignity they have shown throughout this investigation and subsequent court case and I hope that today's sentencing provides them with some closure which will allow them to move on with their lives.

We would take this opportunity to reach out to anyone who is experiencing or has experienced domestic abuse; it is never too late to report to the police or seek support and advice from one of our partner agencies such as Women's Aid."