Man convicted of rape and sexual offences in Edinburgh in 2019

Specialist detectives in Edinburgh have acknowledged the conviction of Craig Dunsmore for a number of sexual offences, including rape.

The 27-year-old has been found guilty following a trial at the High Court in Edinburgh.

Dunsmore was convicted of a raping a woman in Edinburgh in January 2019. He was also found guilty of online offences involving indecent communications and possessing indecent images of children.

"The bravery of the females involved in initially coming forward then subsequently throughout the police investigation and legal proceedings is to be commended and will now mean he faces the consequences of his behaviour.

“We are committed to bringing all perpetrators of sexual abuse to justice and I would urge anyone who wishes to report sexual crime, either direct to police or through a third sector agency, regardless of when it happened."

Dunsmore will return to court for sentencing at a later date. 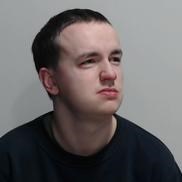