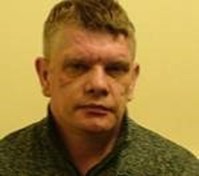 Police Scotland has today, Friday, 29 January, 2021 welcomed the sentencing of an Ayr man at the High Court in Glasgow following a series of sexual abuse offences committed over a 22-year period.

Paul Hill, 54, was sentenced to 15 years imprisonment with a further three years extended sentence. He will also be placed on the sex offenders register for life.

His offending took place against 9 women between 1987 and 2009 throughout the Tayside, Grampian and Fife areas.

“His offending was a sustained campaign of physical and sexual abuse against his victims. He has shown himself to be an extremely violent and dangerous man who will now have to face the consequences of his actions.

“This sentence sends out a clear message that domestic abuse crimes will not be tolerated and will be robustly investigated by Police Scotland.

“I would like to thank the victims in this case for the courage, strength and dignity they have shown throughout this investigation and subsequent court case. I hope that today's sentencing provides them with some closure which will allow them to move on with their lives.”

Detective Superintendent Debbie Forrester, Domestic Abuse Task Force, Police Scotland said: “Tackling domestic abuse is a priority for Police Scotland and we are committed to working with our partners to reduce the harm it causes and ultimately eradicate it.

“Domestic abuse is a despicable and debilitating crime which affects all of our communities and has no respect for age, ethnicity, gender, race, religion or sexual orientation.

“Police Scotland will proactively target perpetrators and will support victims to prevent domestic abuse from damaging the lives of those affected and their families.”