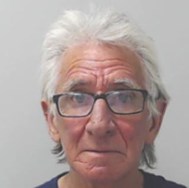 A man responsible for sexually abusing children and being in possession of indecent images of children has been convicted today, Thursday, 25 February, 2021.

Michael Taylor (71), of Aberdeen, pled guilty at the High Court in Edinburgh to a number of charges, including rape of a child, sexual assault of a child, performing a sexual act in the presence of a child, and possession of indecent images of children. He will be sentenced at a later date.

Taylor sexually abused five children, aged between six and 12, in Aberdeen between March 2020 and October 2020.

Detectives from Police Scotland’s Public Protection Unit began an investigation into Taylor following a report from the family of one of the victims. Taylor was subsequently arrested and charged in October 2020.

Detective Inspector Karen Main, of North East Division’s Public Protection Unit, said: “First and foremost our thoughts remain with the victims and their families as they continue to attempt to cope with the abuse they suffered through Taylor's sexual exploitation of children.

"Police Scotland is committed to the protection of children and to bringing all perpetrators of sexual abuse to justice. We would urge anyone who wishes to report any child protection concerns or sexual crime to contact us on 101 so we can conduct a thorough investigation.”