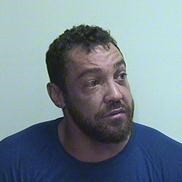 Stuart Quinn has today (Wednesday, 17 February, 2021) been sentenced to life in prison for murdering the man who gave him a place to stay in Aberdeen.

Quinn, now 35, pled guilty at the High Court in Glasgow to the murder of 56-year-old local man, Alan Geddes. He has been sentenced to life imprisonment with a minimum of 18 years.

Officers were called to Mr Geddes’s home in Ruthrieston Crescent on the morning of Saturday, 7 December, 2019, where he was found dead.

Mr Geddes had met Quinn on a night out and offered him a place to stay for the night.

Detective Chief Inspector Carron McKellar, the Senior Investigating Officer in this case, said: “Stuart Quinn repaid Alan’s kindness with brutal violence, and he has finally admitted his guilt in court.

"Alan’s family has been devastated by his death and my thoughts are with them, and especially with his young son, at this time.”