Police in East Lothian are appealing for witnesses following illegal snares being found near Wallyford on Saturday, 20 February, 2021.

A member of the public was out walking when they saw a rabbit in a snare about two metres from a public path and approximately 150 metres from Futures Way, near Wallyford.

The rabbit had sustained injuries and was obviously under stress and suffering so the Scottish SPCA were alerted and later reported the incident to Police Scotland. The injured animal did not survive.

Wildlife Officer PC Steven Irvine explained that while some snares can be used in the countryside, this particular type (pictured below), a self-locking snare, is illegal. 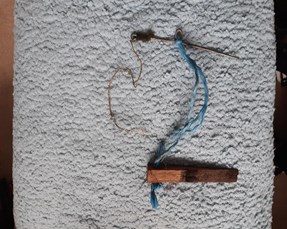 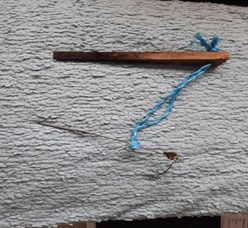 “The photographs are of the actual snares seized, which are self-locking illegal snares. A number of years ago, people would have used these to catch rabbits, however, these snares are now illegal to set in Scotland and any persons setting or using these snares, should stop immediately as this is an illegal act.

“Anyone wanting to set snares legally as part of land management must have successfully completed a recognised snaring training course, register themselves with Police Scotland and comply with the requirements within the Wildlife and Countryside 1981 Act.

“All snares should be free running, contain stops to prevent severe injury and have tags with the operators ID number displayed on them.

PC Irvine added: “I would encourage all members of the public who are out walking in the countryside and see these types of illegal snares to report them to Police Scotland via 101. In addition, anyone who can help with information about the snares near Wallyford is asked to contact us on 101 or make a call anonymously to the charity Crimestoppers on 0800 555 111.”