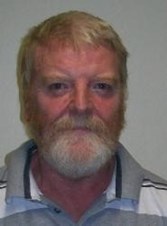 A man has been jailed today following a significant drugs seizure in Dumfries and Galloway.

James Wightman (67) was stopped on the M74 northbound near Moffat in July 2020, as part of an investigation led by the Organised Crime Partnership (Scotland), a joint team made up of officers from Police Scotland and the National Crime Agency.

The Ford Transit van he was driving was found to contain cocaine, with an estimated street value of nearly £99,000.

Wightman had previously pled guilty at Dumfries Sheriff Court to being concerned in the supply of drugs. On Monday, 30 August, he was sentenced to 21 months imprisonment, reduced to 14 months for an early plea.
​
Intelligence about Wightman's activities had been obtained during Operation Venetic – regarded as the most significant ever UK operation into serious and organised crime involving Police Scotland, the National Crime Agency and police forces across the UK. Operation Venetic culminated in the taking down of a sophisticated encrypted communications service used by criminals.

“I would like to take this opportunity to remind the public that information from our local communities is an essential part of our investigation process, as we work to disrupt the drugs trade and bring those responsible to justice.”

Rob Miles, National Crime Agency Operations Manager, said: “Preventing organised crime groups from profiting from the supply of class A drugs into Scotland is a major priority for the OCP and the NCA.

“Working with our partners at Police Scotland we are determined to do all we can to disrupt and dismantle those supply networks.”

The Organised Crime Partnership (Scotland) is an investigation team comprising of officers and staff from Police Scotland and the National Crime Agency.