David Ferguson sentenced to 10 years for sexual abuse in Fife 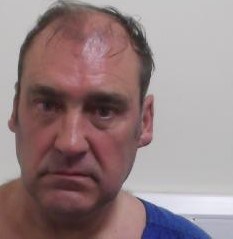 David Ferguson, 67, has been sentenced to 10 years after being found guilty of sexual offences at the High Court in Edinburgh.

The sexual abuse of a woman and child took place in Fife between October 1988 and August 2010.

Detectives from Police Scotland’s Public Protection Unit in Fife carried out the investigation into Ferguson and reported him to the Procurator Fiscal in February 2019.

Detective Sergeant Graeme Dursley said “Ferguson subjected his victims to sustained violent abuse over the years and his sentencing sends a clear message that anyone found to be involved in this type of behaviour will be brought to justice.

“I would like to thank his victims for their assistance during our inquiry.  It is very difficult to speak about these types of crimes and they have showed immense courage during this investigation. My thoughts remain with the victims and their families, and I hope that Ferguson’s sentencing can bring them some solace in that the person responsible for these despicable actions has been held to account, and they can now move forward with their lives.

“Police Scotland is resolutely committed to supporting victims of sexual crimes and investigating those responsible by bringing them to justice, no matter how much time has passed.  I urge people to come forward to police and report it.  They can be assured of being fully supported by officers and partner agencies.”