Appeal following fatal crash on A710 near Southwick, Dumfries

Police Scotland is appealing for witnesses after a fatal crash near Dumfries.

A white Peugeot van travelling west was involved in a crash with a cyclist riding a black Trek bicycle which was heading east at Southwick Bridge.

Emergency services attended and 44-year-old Helen Renton from Dumfries was pronounced dead at the scene. Her next of kin has been informed.

The driver and passenger from the van were both uninjured.

The road was closed for approximately 9 hours for collision investigations to be carried out at the scene.

“Tragically as a result of this crash the cyclist has lost her life and our thoughts at this time are with her family and friends.

“Several people stopped to help at the scene and our inquiries continue to establish what happened. I’d ask anyone who saw the crash to get in touch with officers as a priority to help our investigation.

“I’d ask anyone who was recording with dash cam on the A710 who may have captured either the van or bicycle prior to the crash, to check their systems and provide officers with any relevant footage as soon as possible.”

Those with information should report this to Police Scotland on 101 and quote incident number 1688 of 11 April 2021. 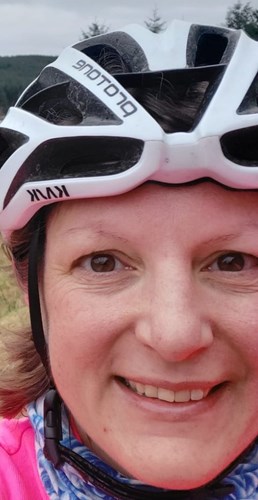