A man who attacked three people in the city centre in November 2018 has been jailed. 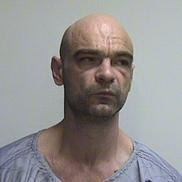 At the High Court in Edinburgh on Wednesday 13th May 2020, Peter Cameron was sentenced to a minimum of 6 years imprisonment and subject to an order for lifelong restriction following the attempted murder of two women and the serious assault of one man outside a hotel in the Grassmarket. The judge further informed Mr Cameron that under the terms of his indeterminate sentence he must not assume he will be released at the end of the 6 year period.

Cameron, 39, approached the 59 and 62-year-old female victims as they stood within a vennel area and spoke briefly with the pair before walking off.

He returned a short time later in possession of a knife and assaulted the pair, leaving them with serious injuries.

A 39-year-old male employee from the hotel then came to the women's aid and sustained a hand injury during a struggle with Cameron, who then ran off from the area.

Gayfield CID launched a thorough investigation into the attacks and Cameron was arrested later the same evening.

He pled guilty to the attempted murder of one woman and the serious assault of the man, while he was found guilty of the second attempted murder, in court on Tuesday 18th June.

Detective Sergeant Gavin Howat from Gayfield CID said: "Peter Cameron subjected two women to a horrifically violent and unprovoked attack, and also injured another men who stepped in to help them.

"There is absolutely no doubt in my mind that, had it not been for the courageous intervention of the hotel employee, Cameron would be commencing a custodial sentence for murder.

"I want to take this opportunity to thank this individual for his selflessness and bravery, and for his assistance with our investigation, which resulted in Cameron's arrest.

"This sentence should send a clear message that violent crime will not be tolerated in Edinburgh and we will work alongside our partners at the Crown Office and Procurator Fiscal Service to ensure perpetrators are brought to justice and removed from our communities."