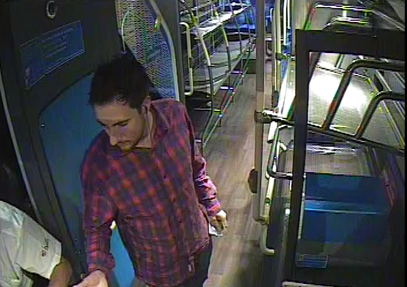 Police in Edinburgh are continuing to investigate an alleged assault that occurred at Edinburgh Airport in July 2019. Officers have released a CCTV image of a man that they believe can assist them with their enquiries.

The incident happened within a lift in the terminal building around 4.15am on Monday, 1 July, 2019.

A 62-year-old man was working within the terminal assisting a disabled passenger to check in for a flight when the incident occurred.

It is believed the man pictured will be able to assist the investigation and he or anyone who recognises him is asked to come forward.

He is described as white, of slim to medium build with short dark hair, a short, thin dark beard and moustache and aged mid 20s to mid 30s. He is shown in the image wearing a red long sleeved shirt with dark blue checks, dark blue jeans and dark shoes.

Detective Constable Sam Gillies from Edinburgh CID said: "The 62-year-old man suffered an injury to his eye requiring hospital treatment as a result of this incident. He was at his place of work assisting a vulnerable member of the public and we are appealing for anyone who can help us identify the man in the CCTV image to get in touch with us."