Man guilty of raping a 12-year-old girl in Edinburgh 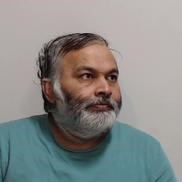 A man has pled guilty to the rape of a then 12-year-old child which happened in Edinburgh in 2016.

"My thoughts continue to remain with the victim and those impacted by Singh's actions.

"Singh fled the country soon after the offence came to light and travelled across the world seeking to avoid detection.  However, his attempts would not be allowed to succeed and as a result of committed national and international partnership working, he was traced and deported from Canada, ultimately leading to his arrest in the UK on 12 March 2020.

"I would like to place on record my thanks to the Police Scotland International Unit, Canada Border Services Agency, Scottish Police Authority Forensic Services and Crown Office and Procurator Fiscal Service whom made significant contributions towards achieving Singh's conviction today.

"Singh will now face justice for the abhorrent offence committed by him.

"We remain committed to bringing sexual offenders before the courts and treat all reports of sexual crime with the utmost seriousness.  Anyone wishing to report such offences should do so to Police Scotland via 101."