CCTV images released after an assault on a bus in Dundee

Police in Dundee are continuing to investigate an assault which happened around 12.30pm on Wednesday 4 March on board a No.17 Xplore Dundee bus as it travelled between Whitehall Street and Saggar Street, Dundee. 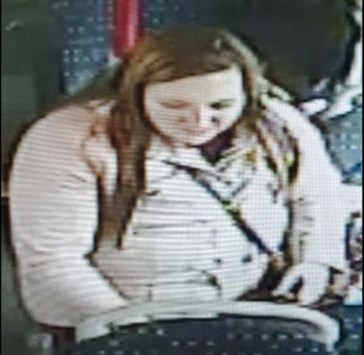 Police have now released an image of a woman who they believe may be able to assist with their enquiries.

The woman female is described as white, late teens-early twenties, large build with blonde hair. She is shown in the image wearing a light brown coloured jacket.

‘We are eager to talk to the woman in these images as we think that she may be able to help with our investigation and would urge her or anyone who may recognise her to get in touch as soon as possible’.

Anyone with information is asked to contact Police Scotland on 101 quoting CR/006196/20.

Project Servator is a way of policing that aims to disrupt a range of criminal activity, including, terrorism, while providing a reassuring presence for the public.