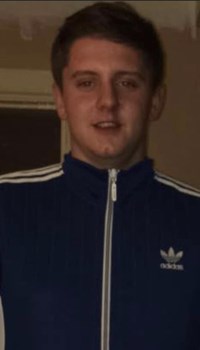 Police Scotland can confirm the names of two men who died following a road crash on the A706 near Whitburn.

They have been named as 23-year-old Troi Lawton (pictured above) and 19-year old Connor Elgey, both from Bathgate.

Connor Elgey’s family has asked that the following statement is released through Police Scotland:

“We are devastated by the tragic loss of Connor. His loss will be sorely felt by many.

“We would ask that we are given privacy to come to terms with his loss at this time.”

Troi Lawton’s family has asked that the following statement is released through Police Scotland:

“We are all devastated and still in shock, we would not wish this upon anyone never mind our broken hearted family.

“We would ask that our privacy is respected at this difficult time.”

The crash happened around 5am on Saturday, 29 August, 2020, in which a blue Subaru Impreza left the road. The road was closed for around 12 hours.

Another two men, aged 52 and 28, remain at Edinburgh Royal Infirmary in critical condition.

A 25-year-old man has been arrested in connection with road traffic offences and released pending further enquiries. A report on the incident will be sent to the Procurator Fiscal.

Inspector Roger Park, of Lothians Road Policing Unit, said: “Our thoughts remain with the families of both Troi and Connor at this difficult time.

“Our investigation into the circumstances surrounding the crash continues. Anyone with information can contact Police Scotland on 101, quoting incident 0858 of 29 August.”