The brother of a woman from London who went missing five years ago and whose body was found on the outskirts of Edinburgh five months later has renewed his appeal to the public to help find out what happened to her.

Saima Ahmed was 36 when she left her home in north London and is believed to have travelled to Edinburgh by train via Hemel Hempstead and Birmingham on 30 August, 2015. Her remains were found at Gogarburn Golf Course on 9 January, 2016. Her death remains unexplained and the police investigation into what happened to her remains open. 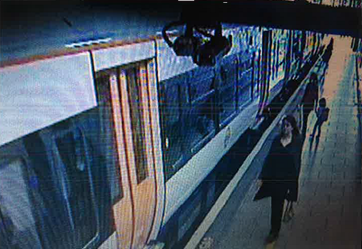 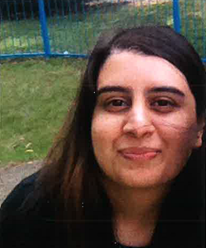 Sadat Ahmed, 37, re-visited the area for the first time in four years to ask the public to come forward with any information that may help his family to find out what happened to Saima once she arrived in Edinburgh. Speaking at the golf course, he said:

“As a family we think about her every day. Time has not helped. There is so much we don’t understand. She never talked about coming to Edinburgh and as far as we know she did not know anyone in Edinburgh.

“She was a very inquisitive person so if she was in an area she had never been to before she would have asked questions, she would have spoken to people. We think she probably met someone but who don’t know who or why.

“How you get to Edinburgh and then here, it is not somewhere you would walk to by mistake. She must have had contact with people. It is unbearable not knowing, from day one to now, we still don’t have answers to the questions, and it is really hard.

“Someone must know something. I would like them to come forward and tell us. We will never give up hope. We will keep looking for answers.”

Detective Superintendent Martin MacLean said: “Police Scotland has carried out a painstaking investigation into Saima’s death and we continue to support Sadat and his family. There is no evidence of criminality at this stage.

“There were sightings of a woman that appear to meet Saima's description at Portobello beach on the Sunday evening and again on the Monday morning by a dog walker. We are appealing to anyone who may have similar information, whether it was a taxi driver, or a bus driver. Perhaps she stayed in a bed and breakfast on the Sunday night in the Portobello area?

“Edinburgh would have been very busy as it was the end of the Festival and also the height of the tourist season. If you were on holiday in the city, wherever you might be now, please think back to see if you can help. I would ask anyone who may have seen her or have any information, no matter how insignificant they might think it is, to get in touch.

“We still don't truly understand why Saima came to Edinburgh and what her movements were when she was here.  These are gaps we are very keen to fill. From every appeal that we have had, we have always obtained some small piece of information from the public. The investigation remains open so if there is anyone out there who can help please call Police Scotland on 101, quoting incident 2194 of 9 January, 2016, and help provide some of the answers that Sadat and his family are seeking.”