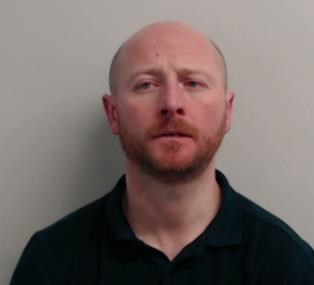 A 39-year-old man has today (Thursday, 27 August, 2020) been sentenced for his involvement in drugs supply after almost £6 million worth of Class A drugs were found in a flat in Glasgow.

Daniel McIntosh, 39, from Glasgow, has been sentenced to five years at the High Court in Edinburgh after around 17 kilos of heroin, with a maximum street of £5.85 million, was seized during a police operation at a flat in Maryhill in September 2019.

“We welcome the sentencing of Daniel McIntosh for his involvement in the supply of Class A drugs. McIntosh stood to make a significant amount of money from selling heroin and we will not allow people to profit from putting lives at risk.

"Proactively targeting serious and organised criminals continues to be one of Police Scotland's priorities and we are absolutely committed to working with partners, including the Crown Office and Procurator Fiscal Service, to ensure that individuals like McIntosh are brought before the courts.

"The public continue to play a vital role in assisting our investigations and anyone with any concerns about drugs, or who has information about those involved in the supply of drugs, should contact Police Scotland on 101 or make an anonymous report to the charity Crimestoppers on 0800 555 111.”