Man sentenced for sexual abuse of two girls – Forth Valley

An 84-year-old man has been sentenced at the High Court in Glasgow today, 14 August, 2020, for serious sexual offences against two young girls over a number of years in the 1970s and early 1980s.

Robert Johnstone, from Tillicoultry, was sentenced to two years after being convicted on Wednesday, 12 February, 2020. He was also placed on the Sex Offenders Register for 10 years. 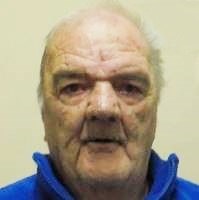 The offences were committed over a period of time between November1972 and November 1981 at two addresses in Alloa.

One girl was aged between seven and 15 when she was subjected to the serious sexual assaults. The other was aged seven to 12.

Detective Sergeant Forbes Wilson, of the Forth Valley Police Divisional Rape Investigation Unit, said: “I would like to commend these women for coming forward and speaking up about these horrific sexual crimes which happened when they were young girls.

“Johnstone preyed on these girls over a number of years. I hope that the sentencing today will go some way to helping them to put the ordeal behind them.

“We welcome the sentence handed out and Johnstone’s placement on the Sex Offenders Register which means that he will be subject to monitoring and supervision to restrict his ability to behave like this again.

“Police Scotland is committed to investigating all reports of sexual abuse, regardless of the passage of time. It is never too late to report what happened and we would urge anyone with information to contact us on 101, or make an anonymous call to the charity CrimeStoppers on 0800 555 111.”