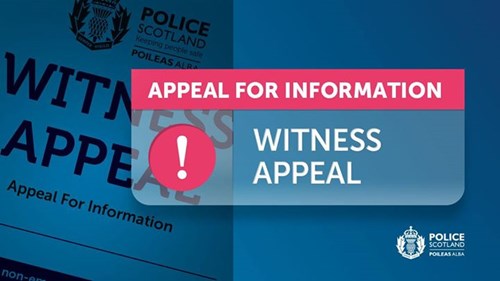 Police are appealing for information after a vulnerable elderly woman was scammed out of thousands of pounds by bogus callers in Paisley on Wednesday, 12 August, 2020.

Around 4 pm, a 79-year-old woman gave a four-figure sum of money to two men who called at her home offering to carry out repairs to her roof. However, the men left taking the cash with them and did not return to do the work.

The suspects are both described as white with one being between 45 to 50 years of age, short, of a heavy build, dark hair and facial stubble, and the other approximately 25 years old, light fair hair and had a Scottish accent.

"The lady involved has been left very distressed by what has happened. She took these men at their word but they didn't carry out their side of the deal.

"From our enquiries so far, we know that the men had been in the area offering to do roof repairs. They were driving a white Ford Transit Tipper van, which had ladders in the back, in the Glencairn Road and Dundonald Road area of Paisley and were seen to drive towards Renfrew Road about 4.45 pm.

"We also believe that they may have called at a few other homes in the area, so if you have been approached by them, or maybe have any dash-cam footage from the Glencairn/Dundonald or Renfrew Road area this afternoon where the van can be seen, then please call police.

"Anyone with information can call officers at Paisley via 101. Please quote reference number 3273 of 12 August, 2020, when calling. Alternatively, information can be passed anonymously to Crimestoppers on 0800 555 111."