Derek Lincoln sentenced for the sexual abuse of two children 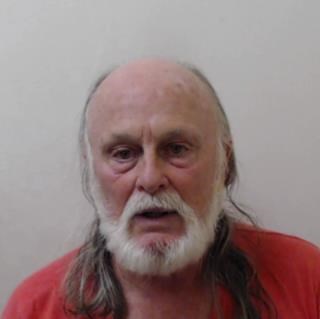 ​
A man who used his position in the 'Children of God' religious cult to sexually abuse two children has now been sentenced.

Police Scotland began an investigation into Derek Lincoln, now 74, in 2014 after a victim reported the abuse she suffered to Hertfordshire Constabulary.

Following extensive enquiries which involved tracing numerous witnesses who'd been raised in the Children of God, establishing the location of any offences as well as Lincoln's current whereabouts, a European Arrest Warrant was sought.

Lincoln was subsequently arrested in France in 2019 and extradited to Scotland to face trial.

Lincoln has now been sentenced to 11 years and 6 months at Glasgow High Court.

"Lincoln used his position within the Children of God to perpetrate violent sexual abuse against two young children. My thoughts continue to remain with the victims and those impacted by Lincoln’s deplorable actions over the many years.

"Thanks to the bravery of the victims in reporting the abuse to police, witness testimonies and the co-operation of international agencies, he is now being forced to face the consequences of his crimes after more than 30 years.

"I hope Lincoln's conviction and sentencing sends a clear message to sexual offenders that time and borders are no barrier to justice. Police Scotland and our partners are committed to bringing perpetrators before the courts.

"We would encourage anyone with information about sexual offences to report this to Police Scotland via 101, where it will be treated with the utmost seriousness."